v3.8 [17 Apr 2019]
- The peak searching algorithm has been improved in situations where a significant "amorphous hump" is present. In earlier versions, the curvature of the background in this area caused problems in the calculation of the noise.
- The profile fitting of manually marked peaks as well as the manual addition of peaks have been improved.
- The "Unify phases“-command works much faster by now.
- New "Options" menu (options and settings commands have been moved here from the "Tools" menu)
- In the "Indexing results" dialog you can now use the keyboard shortcuts <Ins> and <Del> to add or delete unit cell suggestions in the upper table.
- In the "Indexing results" dialog, for refined unit cells the original cell parameters are now displayed on the upper right-hand side when the corresponding line in the table of solutions (unit cells) is marked.
- The direction of the mouse wheel for zooming in or out of the diffraction pattern graphics has been reversed, in order to ensure compatibility with other applications. Rotating the wheel forward (i.e. away from you) now means "zoom in" (and vice versa).
- If more than a single experimental pattern is present and the mouse is placed on the right-hand side of the pattern graphics, you can now toggle between the full pattern distance and zero pattern distance by clicking the mouse wheel (center mouse button), in addition to increasing or decreasing the pattern distance using the mouse wheel.
- New COD Revision 218120 contains 409,390 entries (73,215 inorganics)
- Several bugs have been fixed:
- [Windows version only] In certain circumstances (if unregistered or expired PDF databases were present), creating a newly installed and registered PDF database after automatic detection at program startup may have failed, leading to an error message "Selected PDF RDB product not found".
- [Windows version only]: The indexing of older PDF databases (releases before 2019) may stop at 79%, showing an error message like "Error when reading table tbl_Pressure".
- If a mixed wavelength (e.g. Cu Kalpha) was set, the Miller indices (hkl) displayed in the pattern graphics were wrong.
- The crystallite size standard was reset e.g. if the "Estimate crystallite size" dialog was closed and re-opened, or if peak data (like the FWHM) were edited.
- Leading zero intensity data points in a diffraction data file were ignored (trimmed).
- The fonts in the online help sometimes were too small (e.g. on macOS) and could not be resized e.g. using the "Zoom in/out" function.
- The online help did not open on Linux 64-bit.
- Some minor bugs have been fixed as well.

v2.4 [31 Mar 2015]
Several bugs have been fixed:
- A bug causing incorrect (too low) counts and amount (%) values of individual phases in the "Calculate profile integrals" dialog has been fixed. The problem became apparent if at least one of the selected entries/phases contained peaks only in a narrow 2theta range or only up to low 2theta values.
- Double-clicking on a diffraction data file on Windows opened the Match! program, but the diffraction data file was not imported.
- The code for the import of 2-column raw data files (either "2theta intensity" or "d-value intensity") contained a bug that caused a smoothing of the raw data in certain circumstances.
- If you load a document that has been created using a different reference database than the one that you currently using, the following "Restraints" and "Additional entries" criteria are now reset automatically: entry number, original entry number, quality marks and subfiles.
- A couple of minor issues has been fixed as well.

v1.1 [18 May 2010]
-A severe bug affecting the indexing of the PDF-4/Organics reference database has been fixed.
* A severe bug affecting the import of PDF-4 and PDF-2 databases has been fixed.
-Fixed a bug in the Rigaku raw data import code.
-The search-match option "use profile" has been disabled, due to its weak performance as well as sometimes causing the program to crash.
-In "Zoom/Track" mode, you can now add, mark or modify peaks, without needing to leave the mode and switch batch to the standard "Select" mode:
o If you would like to mark individual peaks or peak ranges while the "Zoom/Track" mode is active, please press the <Ctrl> button on your keyboard, then either left-click on individual peaks (to mark individual peaks), or press the left mouse button and move the mouse to the left or right (to mark peak ranges).
o In order to manually insert peaks in "Zoom/Track" mode, you can simply click the right mouse button at the corresponding position within the diffraction pattern.
o If you would like to manually modify (e.g. shift) peaks in "Zoom/Track" mode, move the mouse cursor over the corresponding peak or top of the peak, press the right mouse button, move the mouse to the left or right until the peak has reached the desired position/intensity, and finally release the right mouse button.
-Peak searching and profile fitting have been improved.
-There is a new option "automatic determination of default FWHM" for automatic raw data processing, available in the "Automatic Raw Data Processing Options" dialog (which can e.g. be opened by pressing <Ctrl Alt A>).
-The automatic determination of the default FWHM has been significantly improved.
-It is now possible to manually define the default FWHM in the "Automatic Raw Data Processsing Options" dialog: Simply remove the hook to the left of "Determ. automatically", then enter the desired value in the box to the left.
-Several bugs have been fixed:
o Bug causing "Invalid floating operation" messages
o Some diffraction data files were not recognized althouth their format is supported, due to rather high maximum intensity/count values
o Bug in logarithmic scaling code for intensity axis
o Bug causing exception and program crash when exporting non-PDF database entry data to a file
o Fixed a bug in the import code for Rigaku raw files
o Fixed a bug in the import code for PANalytical UDF files

Each level indicator symbolizes a particular time of the year.

Crystallographica-Search Match is a search-match program for use with ICDD.

Simulate the original experiment that proved that electrons can behave as waves.

This is the software for the MCP3909 3-Phase Energy Meter Reference Design. 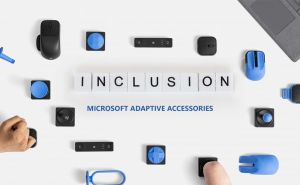 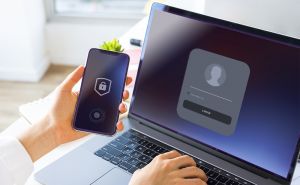 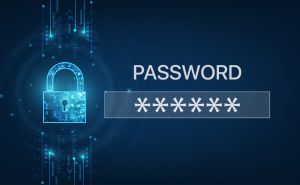